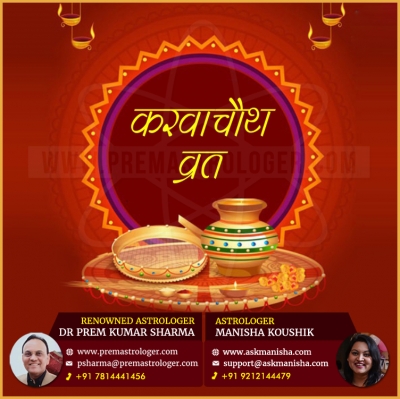 Karva Chauth is a very significant festival for the women of North Indian. Traditionally the Indian woman was expected to uphold family honour and repute. And in order to do that, she was compared to myriad goddesses and heroines in Hindu mythology whose personal and spiritual achievements thus set the way of life for every Indian woman who, in turn, was expected to emulate them. As a child she submitted to the dictates of the paterfamilias – the father, and after marriage to those of the husband. Her failure to do so supposedly brought doom and dishonor upon the concerned families and their genealogical ramifications.
The notion of female chastity, respectability, tolerance and demureness slowly but surely seeped into every layer of the Hindu society and literature, and great care was taken to glorify the woman, while the reigns of social control were firmly held by the mikado of morality – the male. In such a social construct, the woman’s identity hinged first on that of her father, and later and more importantly on that of her husband. Therefore, in certain pockets of India, a widow was expected to immolate herself on the funeral pyre of her departed husband – an act hailed by many that guaranteed her the status of an ‘exalted woman’, a devi (roughly translated as a demigoddess). Hence, not only was her status, but even the mere survival of the woman was dependant on that of the man. The corollary was that the woman did everything within her means to ensure the well being of her patiparmeshwar, or ‘husbandalmighty.